The mystery of the “Bronze serpent” which Moses lifted up in the wilderness.


Many have been confused by the story of the bronze serpent found in Numbers chapter 21.  In this particular chapter we find the Israelites once again speaking against God and against Moses.  They were feeling discouraged, and bored with eating the manna. They would appear to have lost their faith in both Moses and God, and like many today who wander from faith in Christ, they become entangled in sin, because they turn their back on God.

Because of this sin, God, we find in verse 6 “sent fiery serpents among the people, and they bit the people; and much people of died.”  The result of their sin then, was death. When they realized what was happening, they “Came to Moses,” verse 7 “and said we have sinned for we have spoken against the Lord and against thee; pray unto the Lord, that He take away the serpents from us.  And Moses prayed for the people.”

In response to Moses’ prayer, we find that God told Moses to make a fiery serpent, and set it upon a pole; and verse 8 “it shall come to pass, that everyone that is bitten, when he looketh upon it, shall live.” In response to this we find in verse 9 “Moses made a serpent of brass, and put it upon a pole, and it came to pass that if a serpent had bitten any man, when he beheld the serpent of brass, he lived.”

Now the questions I am most asked are;
Why a serpent?
Why did God punish these people by using serpents in the way He did?
Why raise a bronze serpent up on a pole for them to look up to?
Lastly, “How could looking up at the bronze serpent heal them?”

Well from my research and studies I would answer these questions in the following manner.

1.  Why a serpent?
A serpent is symbolic of sin.  The biting of the serpents symbolizes how the bite of sin hurts, sickens, and eventually kills.  If not dealt with this also leads to eternal separation from God, or the second death.

2.  Why did God punish these people using serpents in the way He did.
These people who followed Moses from the bondage of and who trusted God to show them the way to the Promised Land, were beginning to look back.  They were beginning to loose faith in both Moses and God, and the result of this was they were in danger not only of coming into bondage physically again, but even worse coming into spiritual bondage through their sins which they were committing in their flesh.

Remember they were not only doubting Moses and God, but were complaining about that food which had been provided for them.  God could not allow them to once again fall into bondage, and so He allowed them to experience the result of their sins in the physical manifestation of the serpents among them.

3.  If the serpent is symbolic of sin, and the serpents were sent to punish them and show them the result of their sin, why then use a bronze serpent on the pole?

To perhaps understand this better we need to look to John 3, 14-15 where we read: “And as Moses lifted up the serpent in the wilderness, even so must the Son of man be lifted up: That whosoever believeth in Him should not perish, but have eternal life.”

Once again we have a parallel in Scripture!

Just like those ancient Israelites of old, following Moses towards God’s promise, so we today follow Jesus.  Yet there are times when we are tempted by the flesh to complain, to doubt, and to fall away.  When we allow the flesh to dictate what we do, and not the Spirit of God, we then come under the rule of the flesh and will suffer the result which is death.  The biting serpents of the Old Testament represent the results of sin as we follow our fleshly desires as opposed to God’s will. Only by looking up to Jesus on the cross, and in faith believing that He can heal and restore us, even as the Israelites looked up at the Bronze serpent, can we be healed and restored to life.

Now I know you are asking, “am I to believe then that you are equating the serpent with Jesus?” and the answer is no!  The relationship here is that the serpent which symbolized sin was put on the pole and lifted up to foreshadow our sin which Jesus would bear when lifted up on the cross.

2 Corinthians 5:21 states; “For He,” (that is God) “hath made Him” (that is Jesus) “to be sin for us, who” (that is Jesus) “knew no sin; that we might be made the righteousness of God in Him.”  By looking up at that bronze serpent which would have reflected the light of the sun, those Israelites were reminded of the punishment which comes with sin, and being healed, would realize that through following God’s instructions and having faith in God, their faith in following God’s command had restored them to life.

In like manner, we, looking at Jesus hanging on the cross in agony because of our sin, reminds us of what sin can do, and of the wonderful love and grace of God which allows us to be healed, forgiven and to know that through our faith in Him we too can be restored to life not only in the flesh but also in the spirit.

The serpent, a symbol of sin and judgment, lifted up from the earth and put on a tree, was a symbol of the curse of sin.

One last thing we should note about this bronze serpent is that this bronze serpent and pole were kept for many years. The Israelites also began to worship it, until Hezekiah as we find in 2 Kings 18:4 “removed the high places, and brake the images and cut down the groves, and brake in pieces the brazen serpent that Moses had made: for unto those days the children of Israel did burn incense to it: and he called it Nehushtan” The interpretation of this verse and word would appear to be saying that in destroying this article Hezekiah simply called it “a piece of brass.”  The lesson we learn from this is that we should not get caught up in idolatry.  We should not for example get caught up in displaying Jesus still hanging on a cross and venerate such an object, nor should we ever be tempted to venerate or worship in any way, any tools or people God chooses to use, (Note Peters’ refusal to be worshipped in Acts 10:25-26).  Also when Cornelius fell down at the feet of Peter, “and worshipped him.”  Peter refused that worship saying, “Stand up. I myself am also a man” and also Paul and Barnabas in Acts 14 verses 11-18.

I hope this answers any question you may have regarding the “Bronze serpent” but if you have any further questions or concerns please do not hesitate to leave them in the comment section.  Once again, I would encourage you to search the scriptures and seek the guiding of the Holy Spirit that He may open unto you the wonderful knowledge of the Love of God for you.

May God bless you!

Don’t forget to leave your comments, questions, or suggestions you may have regarding other prophecies or mysteries in the Bible!
For a fun read, you may also wish to check out my other blog: http://autobiographyofanirishman.blogspot.ca/
Posted by God's child at 4:37 PM 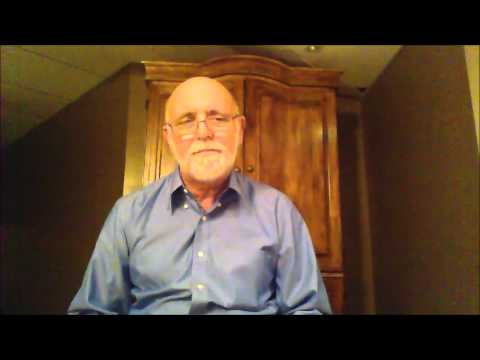